Right thinking about our government 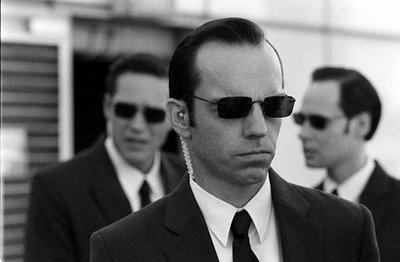 
Over at Bettnett, Dom's blog, who's family by the way,dearly needs your prayers, he protests a local governmental idea which would require a government-appointed agent to visit parents of newborns at the hospital or at home as soon as possible after birth, ostensibly to make sure everything was "alright". I can imagine what these agents would be looking for during such visits.

I protested this governmental intrusion in the life of the family by quoting the opening scene of Serenity, where River explains to the teacher why everyday people don't want to be meddled with (see first comment). Later I hit the nail on the head with a statement that expresses the proper way to view government:

The family and church are the government’s biggest competitors for control of society. Naturally, they seek to oppress those who would vie with them for such control.

It is our sacred duty and desperate need for survival to out-oppress them. To avoid civil war, the duty of which is written into our founding documents, we must vigorously and constantly dominate our government, we must beat them into submission, flog them into despair and mold them into the obedient little public servants that they are.

Already some have predicted a bloody civil war to stop abortion, look what it took to stop slavery. Freedom isn’t free.

We mustn't blanch at our sacred duty. Our children deserve to have this great experiment of freedom endure. The world looks to us to continue this rich republic and its wonderful ways.

What do you think they'd be checking on?

Not quite sure what you're asking there, but I'll take a stab at it....

The government weenies are snooping around in the new parents' lives for signs of child abuse. As if we need their permission and continuing approval to bear and raise our children.

It's all for the children, you know...