Did Kennedy try to join up with communist Soviet Union in the 80s? 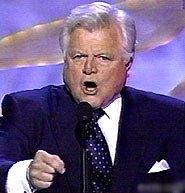 .
Wow. Is Kennedy a traitor? Did he really try to undermine Reagan and conspire with the communist leader Yuri Andropov?
Hmmm, read on, gentle reader, and decide for yourself.

In his book, which came out this week, Kengor focuses on a KGB letter written at the height of the Cold War that shows that Sen. Edward Kennedy (D-Mass.) offered to assist Soviet leaders in formulating a public relations strategy to counter President Reagan's foreign policy and to complicate his re-election efforts.

"Tunney told his contacts that Kennedy was very troubled about the decline in U.S -Soviet relations under Reagan," Kengor said. "But Kennedy attributed this decline to Reagan, not to the Soviets. In one of the most striking parts of this letter, Kennedy is said to be very impressed with Andropov and other Soviet leaders."

I think it is kind of par for the course for a liberal-near -socialist to reach out to a communist leader, don't you? Not that it is right.... It does smack of treason. Well, could Ann Coulter be right? 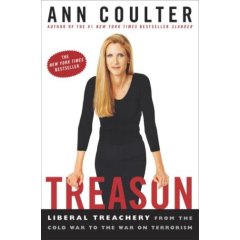 I haven't heard much about this in the Catholic blogosphere- but I daresay it pisses me off.
Posted by Tim at 9:40 PM

You haven't heard about it in the Catholic blogosphere because it's a stupid thought.

A stupid thought, eh? Are you saying that this didn't occur?
Or that since it is about a liberal it doesn't matter?